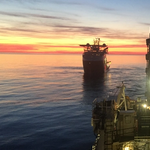 With reports this week that a broad majority in the Norwegian Parliament supports proposed tax breaks to help the oil and gas industry affected by low oil prices, oil industry is responding and promising investments.

On the back of the stimulus from the government in the form of temporary tax breaks, Norwegian oil firm Aker BP on Tuesday sanctioned the Hod offshore project, ordering the topside and steel substructure from local supplier Kvaerner for the normally unmanned wellhead platform at the Hod field. Kvaerner said the deal means that laid-off staff would return to work at its Verdal yard.

Aker BP said: “A broad political majority in Norway has announced an agreement to make temporary changes to the Norwegian petroleum tax system. The changes will strengthen Aker BP’s investment capacity and help to unlock new field development projects. This will contribute to higher activity and increased value creation for Aker BP, its suppliers and the Norwegian society at large.”

On Thursday, Lundin Energy Norway said: “The objective of the temporary change in tax regime is to defer much of the tax burden, thus freeing up liquidity and boosting profitability, thereby triggering new projects and employment now. New projects and increased activity is crucial to the supplier industry in Norway.”

“First and foremost, this is important for the industry as a whole, says Kristin Færøvik, Managing Director of Lundin Energy Norway.

“We are in a situation where especially the supplier industry in Norway is in a difficult situation. The temporary changes in taxation will help counteract this.”

“Now we will do our utmost to mature new projects”,  Færøvik said.

“The economy in projects covered by the scheme will improve, and we will of course look for projects that can be accelerated. For Lundin Energy Norway, we have a few opportunities within our pipeline which could benefit from this fiscal stimulus package, specifically the phase 2 of the Solveig development is a good candidate; the first part of the development is well underway,” the director said.

“Another potential project is a full-field development of Rolvsnes, our weathered & fractured basement reservoir discovery. In the first instance, we will conduct a long-term production test from the reservoir. If the test is successful, Rolvsnes could be a development project,” Kristin Færøvik said.

SJRA: Damage from illegal oil dump in Crosby could cause over $1 million in

Oil services firm to create jobs in Scotland amid downturn

Oil prices’ roller coaster ride in 2020: why prices go up and down