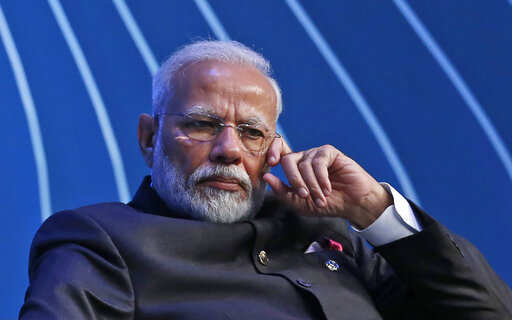 Guwahati: Prime Minister Narendra Modi on Wednesday assured Assam Chief Minister Sarbananda Sonowal of all possible assistance to the victims of a massive fire at Oil India‘s Baghjan well, which has been spewing gas uncontrollably for 15 days in Tinsukia district. In a telephone call made to the prime minister, Sonowal apprised him of the latest situation arising out of the major blowout and subsequent fire, a CMO official said.

PSU major Oil India Ltd (OIL) on Wednesday said two of its firefighters who were engaged in controlling the blaze died.

Official sources said as the well was spouting gas and condensate droplets for 15 days and got spread to a vast area, the fire burnt almost everything in a radius of one km from the site.

“Number of houses, vehicles, small gardens and some forest areas burnt to ashes. Getting an exact estimation of the damage has become difficult due to the impact of the fire and the high temperature. The district administration is working on this,” an OIL official said.

Apart from fire tenders of the company, the Army, Air Force, IOC and Assam Gas Company are trying to control the blaze from expanding to nearby areas.

The official also informed that as soon as the fire broke out, OIL employees in and around Baghjan came under violent attack by locals.

“Many of our staff suffered injuries in the attack. Our vehicles were badly damaged. We could evacuate our and ONGC staff working at the site with much effort of the security personnel,” a company official said.

The blaze at the OIL well is so massive that it could be seen from a distance of more than 30 km with thick black smoke going up several metres high, endangering the local biodiversities which were already ravaged following the major blowout that happened on May 27.