Since the March lows, the midstream sector of the oil and gas industry has recovered most of its losses. While the overall sector is still down for the year, the 19.5% year-to-date loss in the Alerian Midstream Energy Select Index (AMEI) is still better than all other major energy sector benchmarks.

The latest research note from independent energy infrastructure and master limited partnership (MLP) market intelligence data provider Alerian discusses this year’s roller coaster in the midstream sector. The report notes that from December 31 to the low on March 18, the Alerian MLP Infrastructure Index (AMZI) decreased 67.4%, slightly more than the 66.6% decline in the price of West Texas Intermediate (WTI).

Since March, several factors have helped drive the midstream recovery. The rebound in oil prices, aided by OPEC’s agreement to substantially curb oil output and then to extended those cuts was probably the most significant factor.

But Alerian also identified “constructive company updates before and during 1Q20 earnings season and resilient distributions from larger names” as having likely supported performance. The federal funds rate cut to zero in March was also identified as a potential factor driving investors to seek higher income from the midstream sector.

To position themselves to weather the potentially choppy waters ahead, more than half of the MLPs in the AMZI have cut distributions. This has boosted the coverage ratio of the index constituents from an average of 1.5x in Q4 2019 to 2.6X in Q1 2020. 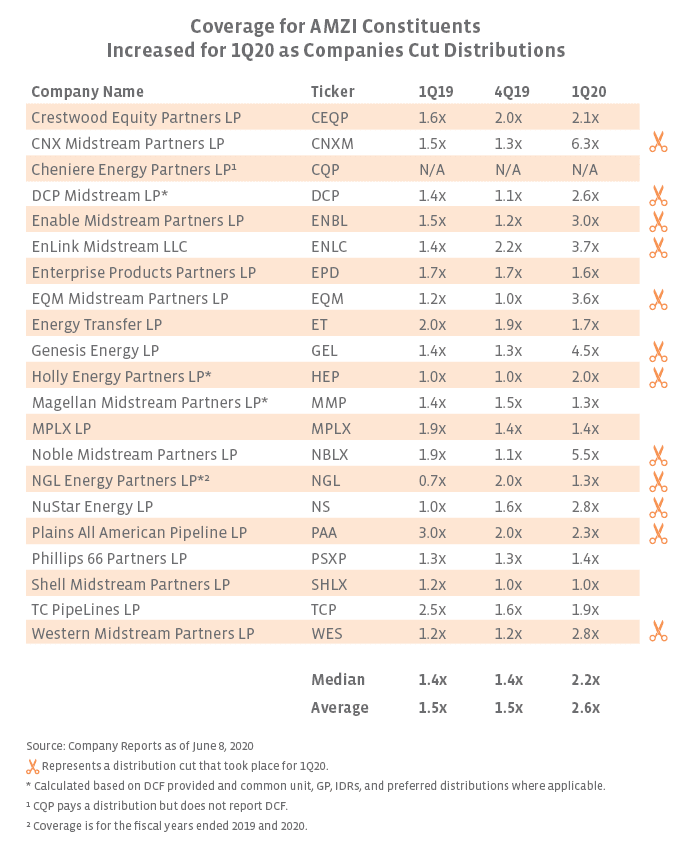 Thus far major MLPs like Enterprise Products Partners, Energy Transfer LP, Magellan Midstream, and MPLX LP have avoided announcing distribution cuts, but the coverage ratio for all of these names has decreased over the past year.

If the coverage ratios continue to decline, expect to see more distribution cuts, especially for those names where leverage is increasing. 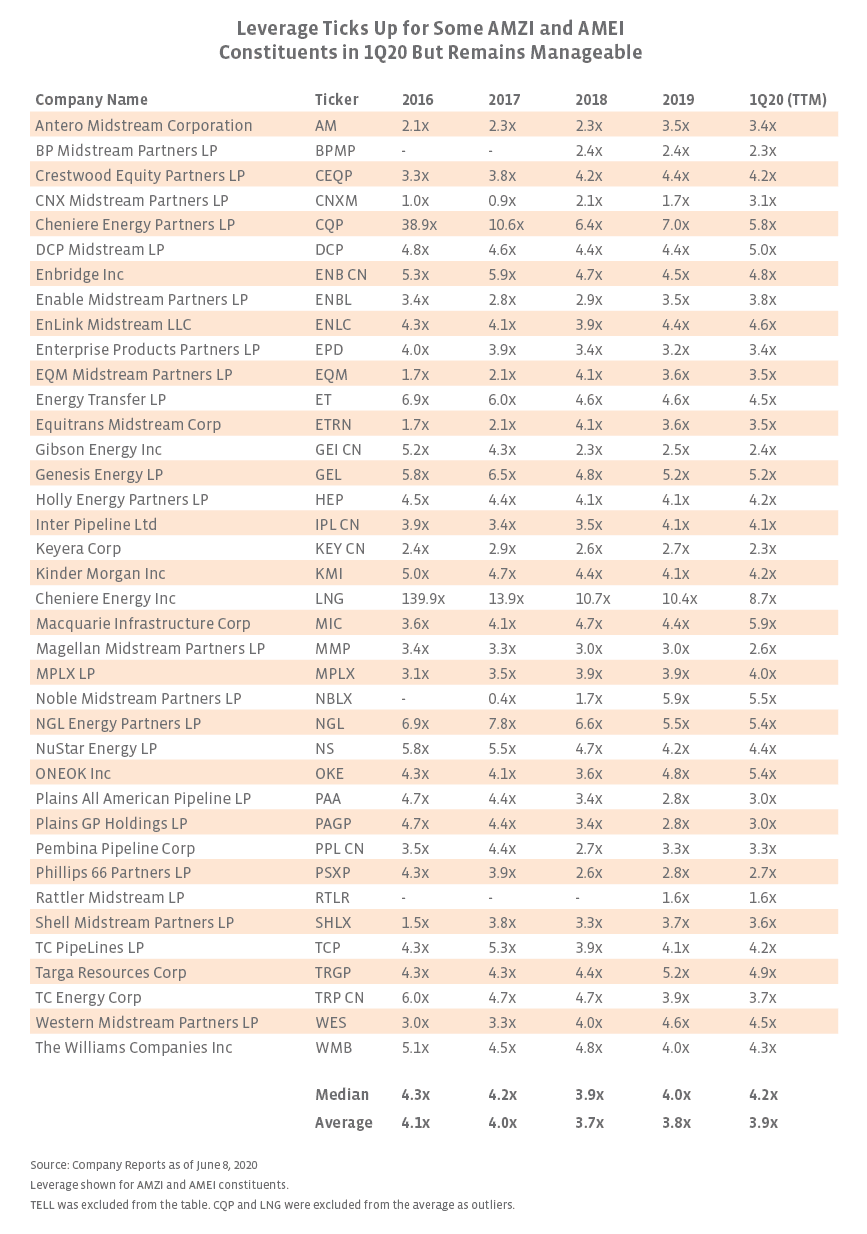 Magellan Midstream and Energy Transfer are among those bucking the trend of increasing leverage and hence may find themselves better able to withstand the pressure to cut distributions.

As noted previously, many midstream companies will first try to cope with falling revenues by cutting capital expenditures. Alerian writes that “the average percent reduction in 2020 spending from each MLP’s initial guidance to current guidance is -24.1%, while the constituents of the AMEI expect to reduce spending by an additional -22.5% over initial guidance for this year.”

This quarter’s financial results will likely be the worst in memory, but investors seem to have already taken those into account. Given the moves the midstream sector has made to shore up its financial metrics in this ongoing crisis, the sector continues to offer a compelling income proposition with less risk than most of the energy sector.