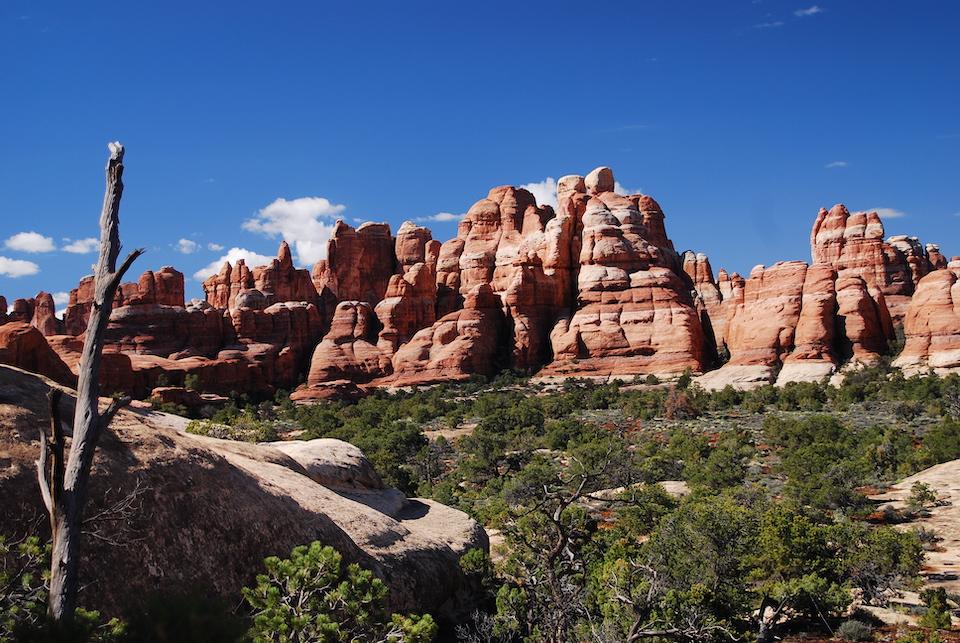 Some of the most dazzling geology can be found in Canyonlands National Park, and other national parks in southern Utah/Kurt Repanshek file

Some of the most spectacular national park lands can be found on the Colorado Plateau in Utah. Parks literally etched and eroded out of sandstones hued burnt orange, vanilla, umber, and rouge, and cleaved by one of the continent’s most venerable and historic rivers.

But there’s also believed to be oil and natural gas beneath this ruddy landscape, and the two federal land-management agencies tasked with managing these natural resources — one iconic for its beauty, the other prized for its energy — struggle to mesh their managerial philosophies even though they’re sister agencies within the Interior Department.

That was evident near the end of President George W. Bush’s second term when his administration proposed more than 350,000 Bureau of Land Management acres, split into 77 parcels, for oil and gas leases, including some surrounding Arches and Canyonlands national parks and near Dinosaur National Monument, and yet the BLM didn’t confer in advance with the National Park Service.

Come forward to 2020 and the BLM again is proposing an auction of natural gas and oil leases in Utah, and while the two agencies reportedly have discussed the parcels in play, environmental groups point out that some of the leases, if acted on, could impact the national park experience sought by visitors and also adversely impact park resources. It’s almost as if the BLM took a blind eye to the national park lands that fall near the parcels in play, they say.

“You can take your mission seriously and look at the impacts of your activities on the park resources and the park experiences, or you can pretend that you can virtually go to that border, turn your back, and make your decision,” said Nada Culver, vice president, public lands, and senior policy counsel for the National Audubon Society.

“Some of these lands have wilderness characteristics, they are kind of untrammeled areas that people really enjoy,” she said of some of the areas that could be impacted if the leases are sold. “Some of those are in areas around Labyrinth Canyon and Hatch Canyon, for example, that are spectacular, to say the least.”

That the BLM will put more than 110,000 acres, ironically also divided into 77 parcels, out for lease in September is curious on several fronts, and not just because active exploration could mar national parks.

From a cost-benefit analysis, those numbers indicate that national parks are much more valuable than oil and gas in Utah. But politics can be distorting.

“What we saw at the end of the Bush administration and the 77 parcels that were offered, in a…

Production efficiency on the UK Continental Shelf (UKCS) has improved for the seventh consecutive year and for 2019 reached...

Michael Gove has reiterated the UK Government’s consideration of a north-east oil and gas sector deal and confirmed he...

EDMONTON -- An environmental law group wants a court to suspend the Alberta government's inquiry into oil and gas...

The Colorado Oil and Gas Conservation Commission is scaling back a proposed mill levy increase on oil and gas...

Oil Bears have a Joker: Libya