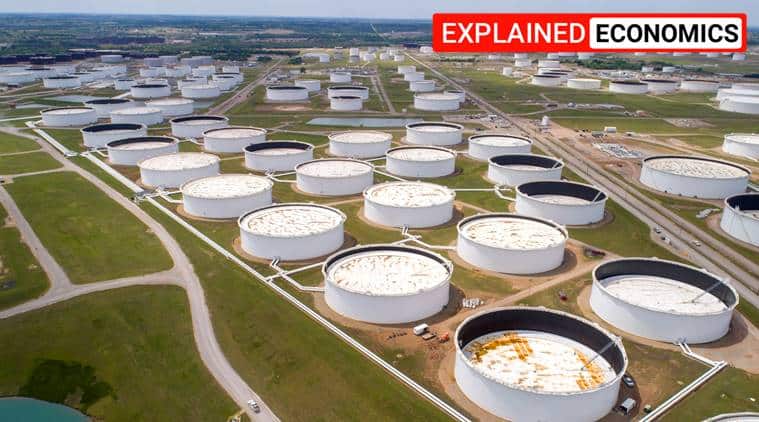 Why is production falling?

Experts say that most of India’s crude oil production comes from aging wells that have become less productive over time. A lack of new oil discoveries in India coupled with a long lead time to begin production from discovered wells has led to a steady decline in India’s crude oil production making India increasingly dependent on imports. The output of these aging wells is declining faster than new wells can come up according to experts. Domestic exploration companies are attempting to extend the life of currently operational wells. 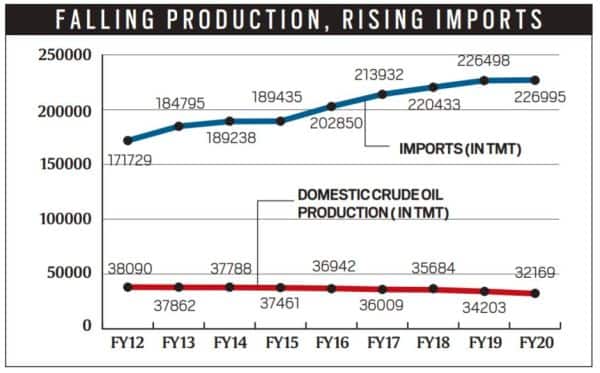 Crude oil production in India is dominated by two major state-owned exploration and production companies, ONGC and Oil India. These companies are the key bidders for crude oil block auctions and end up acquiring most of the blocks that are put up for auction in India, according to experts.

Why are there not more private players?

While there are some private players in the upstream oil sector including Cairn India and Hindustan Oil Exploration Company there has been a lack of interest in exploration and production in India from major private players, particularly those based abroad. According to experts, this is because of long delays in the operationalisation of production even after an oil block is allotted due to delays in approvals. Some of the key approvals which are required to begin production include, environmental clearances and approval by the Directorate General of Hydrocarbons after the allottee completes a seismic survey and creates a field development plan.

“The best-case scenario from allotment to production is at least 5-7 years,” said an industry expert noting that in many cases it was delayed beyond this timeline particularly in the case of public sector companies.

Existing public and private sector players have asked for reduced levies of oil production including oil cess, royalties, and profit petroleum especially when crude oil prices are below $45/barrel. Experts say the requirement to pay royalties to the government at low crude prices can make it unviable for these companies to invest in…

SGX Nifty down 45 points; here’s what changed for market while you were