On this Day in 1988: Offshore Industry’s Deadliest Disaster 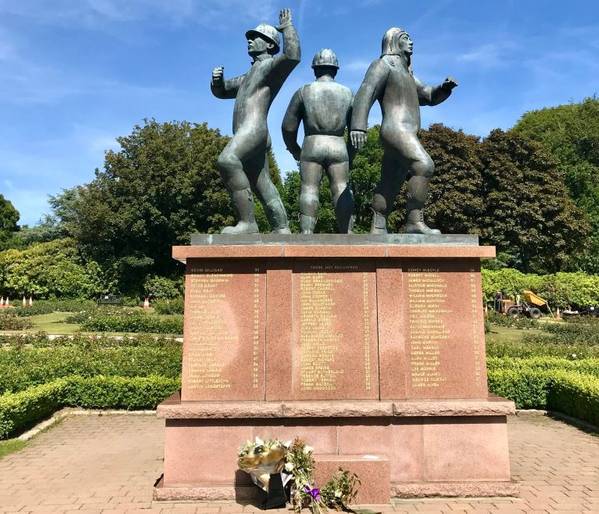 A monument for those who lost their lives in the Piper Alpha disaster – Credit: Oil and Gas UK

Thirty-two years ago, on July 6, 1988, one of the offshore oil and gas industry’s worst-ever disasters struck  – the explosion of the Piper Alpha platform in the UK North Sea. To this day, the disaster is the worst ever in the industry by the numbers of lives-lost; 167 people died.

Piper Alpha was a large North Sea oil platform that started production in 1976. A large fixed platform, Piper Alpha, was situated on the Piper oilfield, approximately 120 miles (193 kilometers) northeast of Aberdeen in 474 feet (144 meters) of water.

It produced oil from 24 wells and in its early life it had also produced gas from two wells.

It was connected by an oil pipeline to Flotta and by gas pipelines to two other installations. In 1988, Piper Alpha was operated by Occidental Petroleum.

On 6 July 1988, there was a massive leakage of gas condensate on Piper Alpha, which was ignited causing an explosion that led to large oil fires.

The heat ruptured the riser of a gas pipeline from another installation. This produced a further massive explosion and fireball that engulfed the Piper Alpha platform. All this took just 22 minutes.

The scale of the disaster was enormous. 167 people died, 62 people survived, and 30 bodies were never recovered.

The short film below was produced for Step Change by The Art Department and features audio from the BBC Radio 3 drama ‘Piper Alpha – the Human Price of Oil’, by Stephen Phelps.

Read More: On this Day in 1988: Offshore Industry’s Deadliest Disaster

Oil Set for Weekly Loss on US Virus Fears