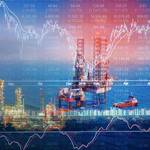 Petroleum consumption growth has been slowing for decades and the industry shows increasing signs of maturity, which will have profound implications for the business strategies of oil-producing companies and countries.

Slower growth will intensify intra-company and intra-company competition for market share putting downward pressure on prices, revenues, investment and employment over the next two decades.

Petroleum has always been a deeply cyclical business and there is no reason to expect any lessening of cyclical volatility (“Oil prices, or how I learned to stop worrying and embrace the cycle”, Reuters, April 25, 2018).

But consumption growth has been progressively slowing since the early 1970s and that underlying trend looks set to continue through the 2020s and 2030s (https://tmsnrt.rs/2ZK9O6l).

Over the last five decades, the global economy has continued expanding but consumers have become efficient in their use of oil or substituted cheaper fuels such as natural gas.

Oil consumption has grown much more slowly than GDP and the relationship between the two has become increasingly weak.

There is every reason to expect that slowdown to continue and intensify if there is a widespread displacement of petroleum by electric vehicles.

A SERIES OF SHOCKS

For the last 20 years, the oil market’s increasing maturity has been masked by China’s rapid industrialization and by the disruption of a number of a number of previously significant sources of production.

Venezuela, Iran, Nigeria, and Libya, all once significant producers within the Organization of the Petroleum Exporting Countries (OPEC), have seen their output slashed by sanctions, war, unrest, and mismanagement.

Over the next two decades, however, it is not certain India or other emerging markets can replicate China’s enormous boost to consumption or that other major producers will be disrupted.

Market maturity, coupled with the shale revolution after 2008, led to over-production and the market-share war fought between 2014 and 2016, which erupted again in 2020.

The next two decades are likely to see recurrent volume wars unless the major producers can agree on a way to share out a slow-growing or stagnant market.

Market maturity was also the principal reason why the major oil companies were forced to cut their long-term price assumptions recently.

Importantly, there have been increasing signs of maturity even before widespread electrification of transportation – which still remains a future rather than a current competitor to petroleum.

Before the oil shocks of the 1970s, global petroleum consumption had been growing at average rates of around 8% per year.

Growth at this rate was unsustainably fast and incompatible with the low oil prices prevailing in the 1950s and 1960s, directly creating the conditions for the oil embargoes and nationalizations of the 1970s.

Since the global financial crisis in 2008/09, global consumption has slowed even further to…