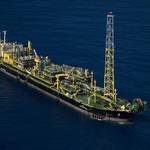 Norway’s BW Offshore Ltd and DBO Energy are among the firms mulling a bid for Petrobras’ Golfinho oilfield cluster, two sources said, as Brazil’s state-run oil company seeks to re-spark its asset sale program in the wake of this year’s crude price crash.

With average daily production of 15,000 barrels of oil and 750,000 cubic meters of gas, Golfinho is among the largest production assets Petrobras currently has on the block. Binding offers for the mature oilfield cluster, located off the coast of Brazil’s Espirito Santo state, are due in early September, said the sources, who requested anonymity to discuss confidential matters.

Petroleo Brasileiro SA, as the state-run firm is formally known, and BW Offshore declined to comment. DBO did not respond to requests for comment.

Petrobras is currently selling off an array of assets – from refineries to pipelines to oilfields – in a bid to reduce debt and sharpen its focus on a prolific, deepwater, oil-producing region known as the “pre-salt.”

But the crash in crude and fuel prices earlier this year put up significant hurdles to that plan with executives acknowledging it could take longer than initially anticipated for Petrobras to reach its de-leveraging targets.

In recent weeks, Petrobras has stepped back on the gas, accepting binding offers for a large refinery in northeastern Brazil in late June, that analysts said could fetch up to $3 billion.

Rio de Janeiro-based DBO is composed of Brazilian and Norwegian executives who have extensive experience operating mature assets both in Brazil and in the North Sea, according to the company’s website. The firm lists RWE Supply & Trading, an arm of Germany’s RWE AG, as an investor.

BW Offshore became an operator in Brazil in 2019 after regulators approved its $115 million purchase of Petrobras’ Maromba offshore field.

The sources said that other firms may also make an offer for Golfinho. While both firms were pre-qualified to make a binding bid, there was no guarantee either company would ultimately do so, the sources added.

Europe reopens many borders but not to Americans, Asians – Casper, WY Oil