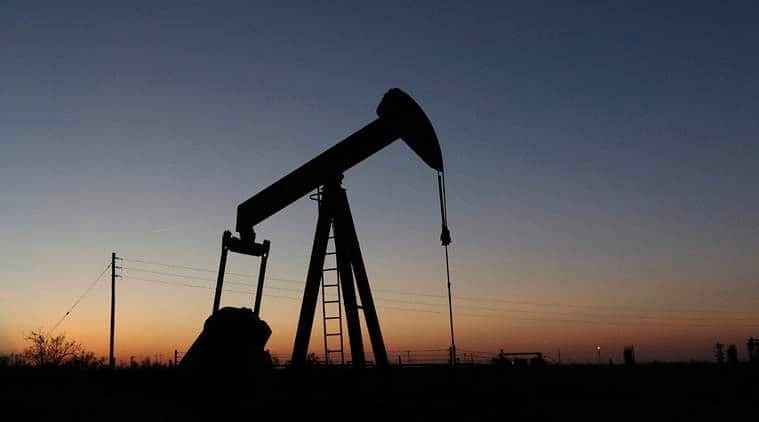 By 2030, India has committed to reducing the emission intensity of economic activity by 33-35 per cent, compared to its 2005 levels. (Source: AP/File)

With an eye on revenue diversification, future-readiness, and pre-empting potential government regulation on carbon emissions, oil & gas companies — both Indian and global — are increasing investments in green energy.

Industry analysts noted that the move by OMCs to invest in EV charging infrastructure was a step towards long-term efforts to retain market share in powering vehicles, as EVs become more popular.

“If you look at the EV charging infrastructure, you could argue that it is not relevant now, but for any energy retailer, it is going to be relevant in the next decade,” said Vivekanand Subbaraman, analyst at Ambit Capital. He added the three state-owned OMCs, which account for over 90 per cent of fuel retailing, were investing in EV charging infrastructure not only to promote clean energy but also to “ensure their role in powering EVs in the future”.

Another expert said it was clear that OMCs were looking to diversify into powering EVs and might invest in wind and solar energy for power generation to supply EV charging stations.

ONGC is also planning to significantly increase its renewable energy capacity from a portfolio of 176 MW to 5-10 GW by 2040, according to its energy strategy for 2040. The expert quoted above said investments in wind and solar energy were driven by efforts to compensate for high carbon emissions than to diversify revenue sources for firms such as ONGC.

Subbaraman noted that moves by both upstream and downstream players in the oil & gas segment could be aimed at pre-empting regulation from the government. “Our government is very serious about curbing carbon emissions. If an industry doesn’t take care to make investments to curb emissions, the government would have to bring in some checks and balances, which may be like having an internal system of carbon credits,” he said.