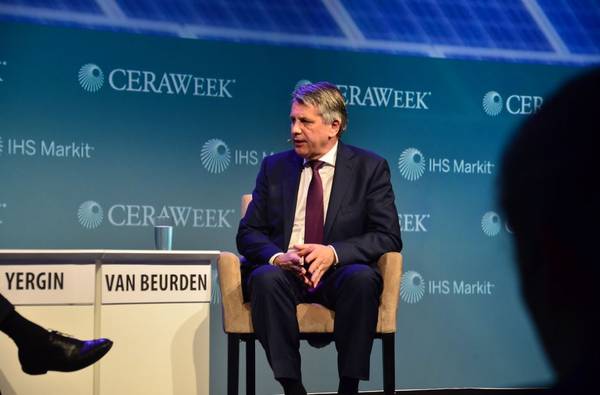 The global economy will not achieve a V-shaped recovery after the coronavirus epidemic, which will curtail oil and gas demand for years, Royal Dutch Shell’s chief executive said.

Ben van Beurden told an online interview with IHS Markit Chairman Dan Yergin that it was too early to know if demand for oil had peaked.

“Energy demand, and certainty mobility demand, will be lower even when this crisis is more or less behind us. Will it mean that it will never recover? It is probably too early to say, but it will have a permanent knock for years,” he said.

“It is most likely not going to be a V-shaped recovery.”

The rapid growth in consumption of natural gas and liquefied natural gas in recent years has also been stalled, van Beurden said.

The weaker demand outlook and subsequent drop in gas prices have meant that the likes of Shell and others had to reduce spending sharply and postpone large amounts of investment “for some time to come”.

Shell is the world’s largest LNG trader and had planned to increase its output in the coming years, including in North America, where natural gas has become abundant because of the shale gas revolution.

But van Beurden said that major gas projects such as North American LNG plants no longer look as strong as they did previously.

What's Behind Rising Tensions in the South China Sea?

Europe reopens many borders but not to Americans, Asians – Casper, WY Oil