Next U.S. Gulf of Mexico Lease Sale Planned for November 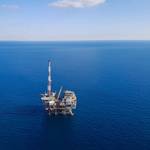 As part of its 2017-2022 offshore oil and gas leasing program, the U.S. administration plans to hold a “region-wide” Gulf of Mexico lease sale in November 2020.

The lease sale was originally expected to be held in August but due to the oil and gas market downturn, it has now been pushed for the fall.

Approximately 78.8 million acres will be offered as part of the Lease Sale 256, scheduled to be live-streamed from New Orleans.

This will be the seventh offshore sale under the 2017-2022 Outer Continental Shelf Oil and Gas Leasing Program.

Lease Sale 256 will include approximately 14,755 unleased blocks — all of the available unleased areas in federal waters of the Gulf of Mexico.

While the administration will offer all available offshore acreage, there are areas that are unavailable and excluded from the lease sale. These are blocks subject to the congressional moratorium established by the Gulf of Mexico Energy Security Act of 2006, blocks adjacent to or beyond the U.S. Exclusive Economic Zone in the area known as the northern portion of the Eastern Gap, and whole blocks and partial blocks within the current boundaries of the Flower Garden Banks National Marine Sanctuary.

BOEM has said it has included fiscal terms that take into account market conditions and ensure taxpayers receive a fair return for use of the OCS.

“These terms include a 12.5% royalty rate for leases in less than 200 meters of water depth, and a royalty rate of 18.75% for all other leases issued pursuant to the sale, in recognition of current hydrocarbon price conditions and the marginal nature of remaining Gulf of Mexico shallow water resources,” BOEM said.

“Lease Sale 256 was originally scheduled for August, but due to the need to conduct additional analysis to consider recent changes in the oil and gas markets, which were due in part to the COVID-19 pandemic, the sale was moved to the Fall,” BOEM said.

Covid-19 and the oil price slump in Africa: which countries will fare