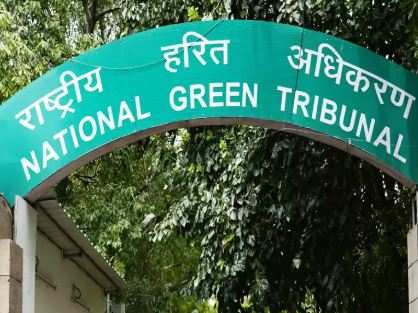 New Delhi: The National Green Tribunal (NGT) has asked the Central Pollution Control Board (CPCB) to ensure that states and Union Territories (UTs) ban the use of petcoke and furnace oil as fuel to prevent damage to the environment and public health.

A bench of the NGT, headed by its chairperson AK Goel, on Thursday sought an action taken report (ATR) from the CPCB within four months and listed the matter for further hearing on January 15, 2021.

The tribunal was hearing two petitions, filed by Sumit Kumar and Amarjeet Kumar, seeking regulations and to control the use of petcoke and furnace oil as fuel to prevent damage to the environment and public health.

The tribunal has observed that the Supreme Court, in its order dated October 24, 2017, banned the use of petcoke and furnace oil in the national capital. On November 17, 2017, the top court had suggested other states and UTs take similar measures.

Earlier, the NGT had directed the CPCB to adopt measures for regulation and control.

The green tribunal had noted there are huge emissions of SO2 (sulphur dioxide) and other pollutants on account of the use of petcoke and furnace oil by the industries. It also noted that some states are continuing using it.

The tribunal has directed the industries to switch over to alternatives and cleaner fuels.

“Orders of the tribunal be given effect and CPCB may ensure compliance by issuing such further direction as may be necessary for the exercise of its statutory power,” the NGT held.

How negative oil prices revealed the dangers of the futures market