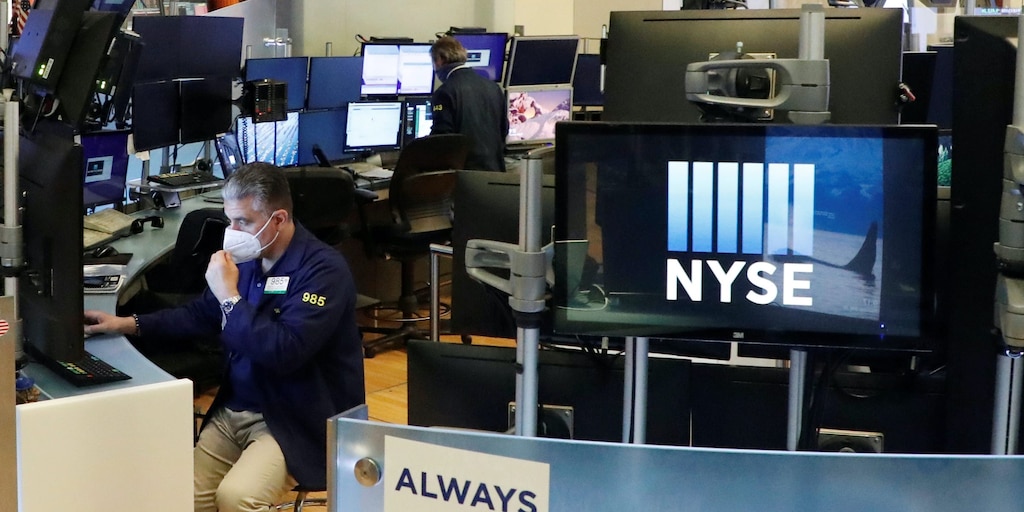 US stocks slid on Tuesday as investors braced for prolonged negotiations between Democrats and Republicans on another round of economic stimulus.

The GOP continued deliberations on its fiscal relief plan through the session. The $1 trillion package includes another round of $1,200 direct payments, a $60 billion expansion of small-business loans, and more than $100 billion for schools. Senate Majority Leader Mitch McConnell said a stimulus measure wouldn’t reach a vote unless it included liability restrictions.

Here’s where US indexes stood at the 4 p.m. ET market close on Tuesday:

Read more: Jason Tauber is crushing the market this year by finding the tech companies enabling the biggest disruptions. He told us how he’s adjusting his game plan as valuations soar – and 7 of his top picks today.

Republicans unveiled the proposal after expanded unemployment benefits expired, pulling a key lifeline from millions of jobless Americans as the coronavirus pandemic continues to slam the economy. The new GOP bill would replace the $600-per-week expansion with benefits matching 70% of a worker’s past wages, McConnell said on Tuesday.

Investors also digested earnings misses from McDonald’s and 3M. The restaurant chain missed expectations for quarterly profit and posted a 30% drop in revenue. 3M missed estimates for revenue and earnings as sales of personal protective equipment failed to outweigh a broader slowdown in demand for its office products.

Tesla stock tumbled after the Bernstein analyst Toni Sacconaghi downgraded the company to “underperform” from “market perform.” The firm maintained its $900 price target for Tesla, implying that shares will tank 42% over the next year. The automaker enjoyed a “mind-boggling” rally through 2020, but shares need to return to reasonable levels before investors buy in, Sacconaghi said.

“Despite our relatively bullish stance on electric vehicle evolution, and structural advantages we believe Tesla may hold, we find it difficult to justify Tesla’s current valuation even under our most bullish/imaginative scenarios,” the analyst wrote in a note to clients.